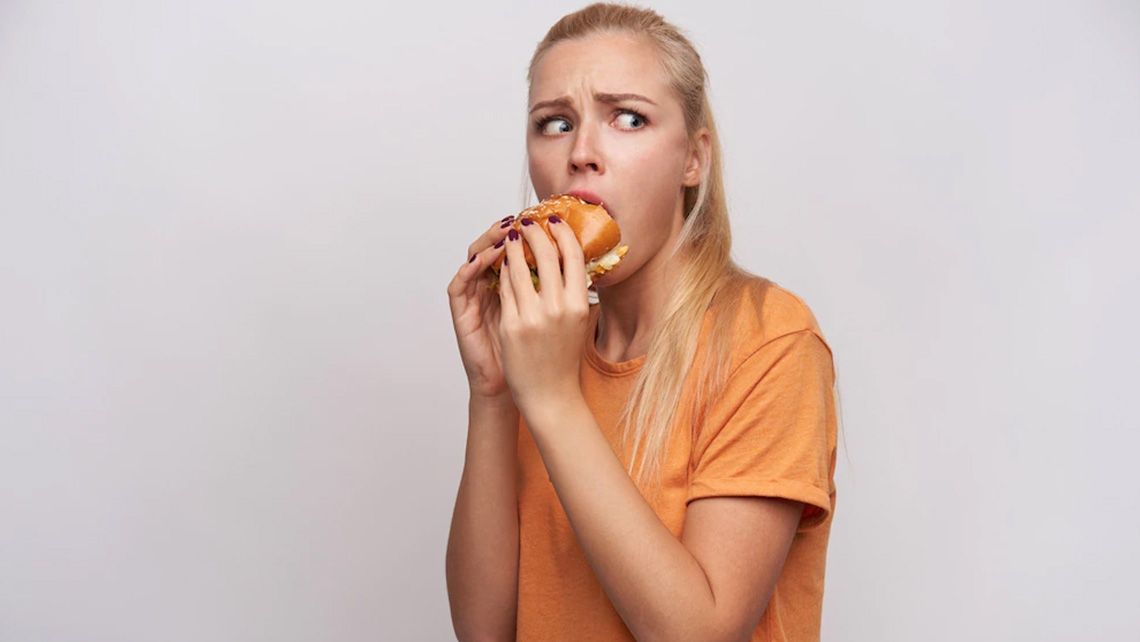 By the term real hunger we refer to the organism’s physiological need and feeling to eat in order to obtain energy to be able to perform its basic functions and at the same time cover any nutrient needs. The characteristics of real hunger are its gradual appearance, which does not create an imperative need for feeding and can be postponed, unless too many hours of fasting have passed. Also, eating food does not create regrets, but only a feeling of euphoria and satisfaction, since the person possesses self-control and a feeling of satiety. Finally, there is no desire or need for any particular food.

In contrast, emotional hunger comes on suddenly and is very intense. Usually when it comes to emotional hunger, there is a need to eat a certain food eg chocolate, ice cream, pizza, french fries or any other unhealthy food that the person considers a “guilty” pleasure. Furthermore, it has been observed that the person in such a state eats until he is satisfied, but without feeling real hunger, which often results in binge eating episodes. So, during emotional eating, there is instant gratification and enjoyment, which most often results in regrets and guilt, either due to overeating or unhealthy food, or many times both.